This note will describe how to use the multi-Y-axis feature of the library. With this feature an arbitrary number of Y-axis can be added to the right end of the graph. The library itself doesn't impose any restrictions on the number of extra Y-axis but from a practical concern it is most likely very difficult to interpret a graph with more than 2-3 extra Y-axis.

If there is only need for one more Y axis then the concept of a additional Y2 axis has been available in the library for a very long time. The Y2 axis is also a first class citizen in the library meaning it has all the properties available to the "normal" Y-axis.

In this note we will focus more on a relatively new concept in the library and that is the multiple Y-axis feature.

These extra axis inherits most of the properties of the normal Y-axis (but not all) and the few restrictions imposed are described in the "Caveats" section below.

Figure 1. shows a basic example of how to use this feature. The color encoding maps a specific line to the corresponding axis.

Adding more Y-axis to a Graph

Adding additional Y-axis is very similar to the way standard Y axis work. The Y-axis are numbered [0..n] where the 0:th axis is the Y-axis furthest to the left. At the same time as these additional Y-axis are used it is also possible to add a Y2 axis. The difference being that the Y2 axis can have all the same options as the Y axis.

For basic usage only three new methods are needed

This is an optional method that if used specifies the default number of pixels between each additional Y-axis. This value will be used unless a specific position for the N:th axis has been specified. By default the additional Y-axis are separated with 50 pixels (which is what is used in Figure 1)

The additional Y-axis are accessed through a the array

By accessing the axis through this array most of the same method as for the usual Y and Y2 axis are available. For example to specify the color of, say, axis number 1

Client Side Image Maps is fully supported and is used in the same way as CSIM for the basic Y-axis. A short example will clarify this.

The following code snippet shows a line plot where we have added some oversized markers (in the shape of diamonds) that will act as the image map areas.

As usual the targets for the image maps are specified with a call to Plot::SetCSIMTargets() 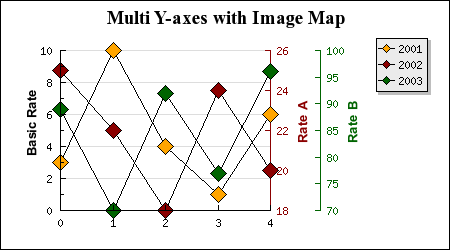 Figure 2. Using multiple Y-axis and Client Side Image Map.
Move the cursor over the markers to see the value and target URL. (The script for this image is available in the Examples/ directory as "mulyaxiscsimex1.php")

We then setup a basic graph. Worth noting here is the extra margin we add to the right side to make room for the extra axis.

The next step is to setup the scale for the extra Y-axis. For this example we use plain linear scales.

It is now time to create the plots, add them to the corresponding axis and also set the color for the plots and the axis.

In this example we are not using a Y2 axis so the Yn axis number 0 will be positioned at the right side of the plot area.

The final step is of course to send back the image to the browser.

This example is also available in the Examples directory as 'mulyaxisex1.php'

Requires 1.23p or 2.3p
This script uses Tilde-processing that is only available in 1.23p and 2.3p. Those versions are planned to be released in early March. The libray is already available upon request. The postponed release is only due to some yet missing documentation.

10. Accumulated line plots with given X-labels